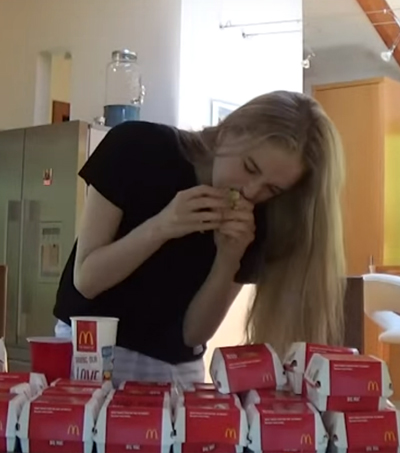 Kiwi model Nela Zisser “devoured 22 Big Macs in under an hour, which was she followed up by scarfing 100 gyoza dumplings in nine minutes, 31 seconds”, as reported in an article on Vice.

“It’s just a good feeling to set a goal and achieve it. If you set a record it’s an amazing adrenalin rush”, said Nela Zisser.

When asked if she was indulging when eating as part of a competition the model said: “I don’t actually enjoy any of the food that I eat competitively. If you’re competing you’re not thinking about the taste.”

Earlier this year the model, who was a contestant in the 2013 Miss Earth pageant, made headlines when eating a two-pound burrito in under two minutes.