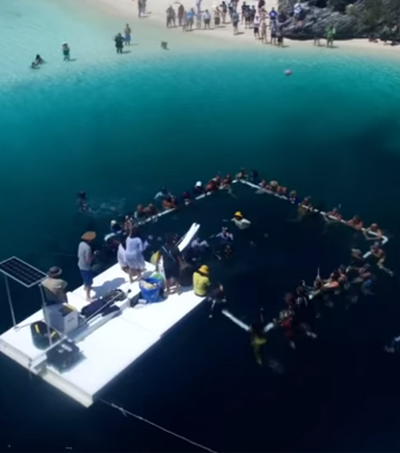 Free-diver William Trubridge “has now gone deeper than any unassisted free-diver before by breaking his own world record – twice in less than 72 hours”, as reported in an article in The Brisbane Times.

“I have a relationship with the depths; they beckon me beyond my means, cold dark vacant pressure, forever night, endless dreams,” said the New Zealand diver.

When he grabbed for the 122-metre tag underwater, it wouldn’t attach to the Velcro on his leg. After multiple attempts and precious wasted seconds, he got it to stick.

“I was a little concerned,” he disclosed in a video account of his dive.

“With my focus off, I was not in the right head space, not in the place I like to be, to complete my dive with ease or confidence, in fact as I neared the surface I thought I might have a big blackout at the top.”

In total he traversed the 244 metres in four minutes and 24 seconds.

Trubridge hit this depth before. Before these dives, he won 15 world records, each one pushing deeper and deeper below 91.5 metres. He also holds the world record in the constant weight no-fins category.