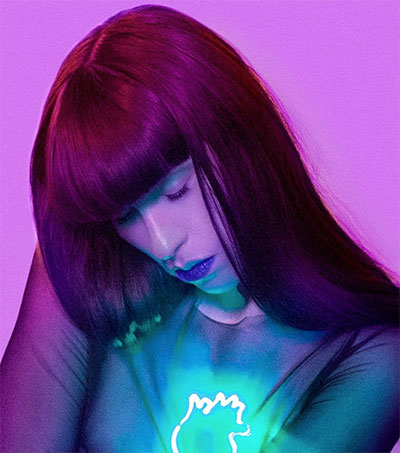 Ahead of a recent show at Chicago’s Conchord Music Hall, New Zealand singer, songwriter and producer Kimbra, 27, spoke with Jim Ryan of ChicagoNow about her third studio album Primal Heart, its theme of empowerment, and embracing the reach of pop music.

Sometimes it’s not easy for an artist to rebound from the overwhelming success of a truly massive pop single. They can develop expectations from fans and label that become hard to avoid, pigeonholing artists in the process.

Gotye’s “Somebody That I Used to Know” (on which Kimbra arguably steals the show) cracked the top 10 in thirty different countries around the world. The single sold over thirteen million copies and the video wracked up over one billion views. It’s easily one of the biggest singles of the 2000s.

The song came from Gotye’s third studio album. But for Kimbra, the July 2011 release of the single preceded the launch of her debut studio album Vows by just one month.

“I had built up a body of work that I felt I was ready to promote. But fantastic luck I guess that my record was already starting to circulate without that song,” Kimbra said. “I think it would’ve been a very different story if I had gone out with the [Gotye] collaboration while I was making [my first] record, or about to make the record, and have that feeling of, ‘Now when I come out, I don’t know how I’m going to make my own mark,’” she said.

Over the course of three studio albums (her third, Primal Heart, is scheduled for release on 20 April), Kimbra has forged an identity as one of the most unique voices in pop music, recording each of the three albums in a different city, experimenting with a diverse array of sounds and musical genres on each.

Primal Heart is heavily influenced by R&B, despite being a bit more of an electronic experience, and is marked by themes like empowerment. The new record establishes a sort of intimacy through the inclusion of some of her most confessional lyrics and features the work of artists like Skrillex and Childish Gambino.

“I do feel very confident that I’ve been lucky to not become defined by [‘Somebody That I Used to Know’]. And that’s just because I continue to keep working and keep putting music out that builds who I am as an artist.”

Primal Heart’s lead single, entitled “Everybody Knows”, was released in September 2017. It was co-produced by Nelly Furtado and Goldfrapp affiliate John Congleton.

Kimbra continues her North American tour playing at Neumos in Seattle on 11 February and at the Regency Ballroom in San Francisco on 13 February.