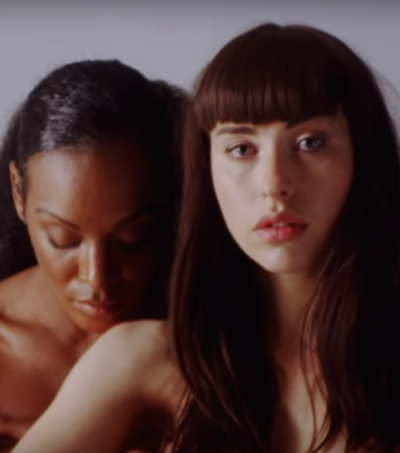 Kimbra & DAWN’s ‘Version of Me’ A Vision of Solidarity

“When New Zealand singer-songwriter, producer, and multi-instrumentalist Kimbra dropped her third album, Primal Heart this past spring, it proved to be a cohesive marriage of her best ideas to-date,” writes Michael Love Michael in an article for PAPER Magazine.

Version of Me “is one of the album’s standouts, with a minimal orchestral arrangement framing intimate lyrics”, which can be read “as a sincere pledge to a partner to be more accountable”, but also can “serve as a self-affirming promise to love oneself better.”

“R&B auteur DAWN and Kimbra teamed up for a darkly lush revision of the track that fuses both women’s musical inclinations, and its results are even more stunning and poignant,” writes Michael.

“The newly released video, directed by Micaiah Carter, features both women nude in various forms of intimate and tender embrace, making “Version of Me” powerful statement of female solidarity and ownership in the #MeToo era,” writes Michael.

In an interview with PAPER Magazine Kimbra said:

“It’s about being seen and acknowledging the struggle we all go through in trying to find ourselves and wrestle with our mistakes and the various versions of who we are.”

“Ownership is a key observation, and this statement is owning a glimpse into the woman’s journey which is scattered with self-doubt, but also an incredible strength, bravery and fellowship.”