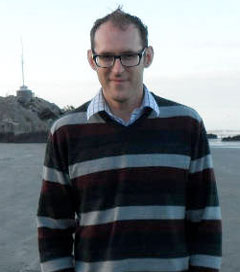 Christchurch researcher Frank Feinstein has dedicated a website, to cataloguing dispatches from North Korea’s state media organization, Korean Central News Agency (KCNA). The website, called KCNA Watch, catalogues every KCNA English report on the official KCNA website, or about 90,000 articles going back to January 1997. It also gives graphical representations of the frequency of mentions of key subjects and people, and Feinstein says more useful functionality is in the works. Feinstein says he started the website initially as a challenge. “I saw KCNA as a legitimate live target,” he says. “I also believed that KCNA Watch could deliver to a likely gap in the market.” Feinstein is originally trained in computer science, he is now actively involved in social development issues.