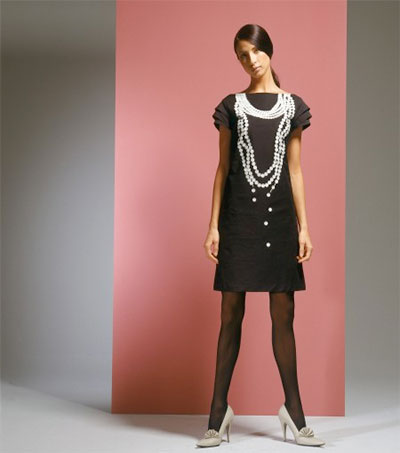 In the lead-up to Australian Fashion Week, New Zealand designer Karen Walker shares her early memories of the event, and the perks of a silent runway.

Walker, first delivered the prints, patterns and pop colours of her eponymous label for Australian Fashion Week in the 1998 New Generation show (to much critical acclaim).

“When the week’s wrap-up came out in the [paper] on the Saturday following,” Walker tells Elle, “all of the international buyers and media interviewed said that our show was the stand-out.”

“Our 2000 show was a silent one, and those seated had personal music players with headphones and could choose their own track from the CD we’d loaded into each player. No one realised how loudly they were making comments throughout the show; it was a fantastic insight when we watched the video back later.”

And Walker’s favourite piece of fashion week memorabilia? “The Etiquette Dress from the 2000 Etiquette show [pictured above].”

Mercedes-Benz Fashion Week Australia is on from 12 April through 16 April.