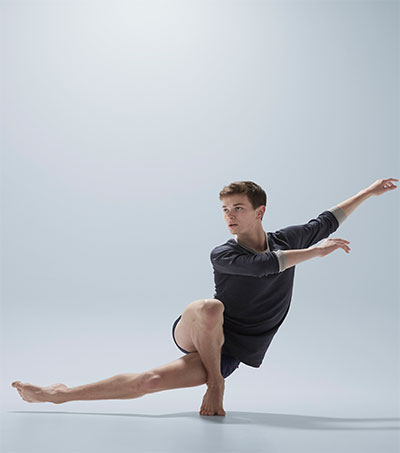 Christchurch dancer Joshua Guillemot-Rodgerson, who is understood to be the first New Zealander to be accepted by the prestigious Juilliard School in New York City, according to the Press, will graduate in May 2017.

Guillemot-Rodgerson was raised in Hoon Hay, started dancing when he was 4 years old, won a scholarship to an arts academy in Michigan when he was 13, and became one of 24 dancers to be accepted to Juilliard at the age of 17 in 2013.

He features in the TV One show Dare to Dream, about New Zealanders following their aspirations. He is in his final year at Juilliard and contemplating his future after graduation.

“I would like to dance in a company and hopefully I can be in a company that tours a lot to see the world and see dance around the world,” Guillemot-Rodgerson says. “What I have learnt here is that dance is a constantly growing and thriving art form and there is so much I can’t learn being in one place at one time. I want to continue to learn as a professional.”

His training extends to learning how to sit and walk best to avoid injury.

“Injury can happen in the studio but it can just as easily happen if you are running for a taxi or something. It can happen at any time. So we micro manage every physical aspect of daily life.”

Co-founder of the Berlin Program for Artists (BPA) New Zealand-born Simon Denny, 39, (pictured right) explains why artists are essential to the fabric of Germany’s capital city in an article for UK…