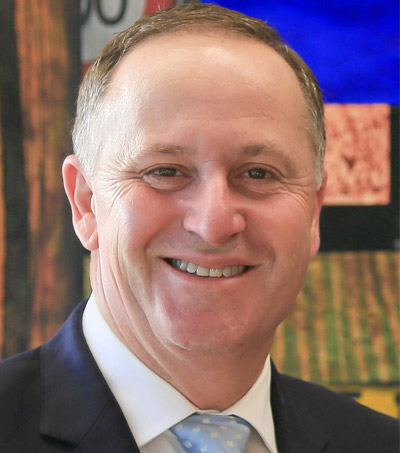 “Imagine a Tory Prime Minister stepping down after nearly ten years at the top on his own terms. The budget was back in surplus, troublesome referendum results had been quickly forgotten, and the PM still remained overwhelmingly popular, with his party still sitting on around 50 per cent in the polls. No, it’s not the restless dreams of David Cameron, but John Key – New Zealand’s soon-to-be ex-PM, who unexpectedly announced his resignation” on December 5, writes Matthew Plummer for The Spectator.

“Arguably one of the most successful centre-right leaders in the world since Margaret Thatcher, Key has dominated New Zealand politics for the past decade,” writes Plummer. “Yet for his electoral success, there isn’t much that screams ‘legacy’ about Key’s time in office. And there’s certainly nothing that makes him worthy of mention in the same sentence as Reagan, Thatcher, Kohl, or even Blair.”

Key’s triumph, Plummer writes, “has been playing the hand fate dealt exceptionally well. He’s delivered stable, business-friendly government against a backdrop of the global credit crunch, and he ran deficits to shield New Zealand, a country heavily reliant on international trade, from the worst of the economic slowdown.”

As a reason for stepping down, Key said that “he had ‘left nothing in the tank’”.

Plummer writes: “He’s served his country, and he’s estimated to be worth £33 million – and he wants to spend time with the family he’s clearly devoted to, judging by the social media insights from his now celebrity children”.

Key, who made “his decision to step down in September”, said he’d “taken the knife to himself to allow others to come through”, “but the 19 MPs elected by list will need refreshing too – a messy job more easily accomplished by a new leader,” writes Plummer.

The challenges Key avoided tackling, according to Plummer, are “Auckland’s dysfunctional housing market”, the “unsustainably low” pension age (65) and “immigration levels are increasingly worrying some of the National Party’s base.”

“While Key’s government signed free-trade deals with Malaysia, Taiwan and Hong Kong, years of work on the Trans-Pacific Partnership went up in flames after Donald Trump’s election. Salvaging something from the wreckage will be a priority for the next Prime Minister.”

According to the article, “the failure of the TPP talks ranks second to Key’s biggest regret – failing to persuade New Zealanders to ditch our Union Jack-based flag in a £12m vote.”