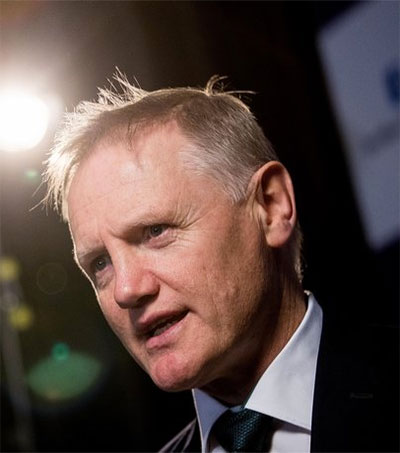 During this year’s Ireland Grand Slam tournament, Joe Schmidt has been the master of almost everything he has surveyed. At times during his five-year tenure as Ireland head coach, the New Zealander has been criticised for being too strict and structured. His attention to detail would be considered excessive by certain nuclear physicists. Ireland players openly admit they dread his Monday morning review sessions.

Call that dictatorial or just decisive, it means Schmidt’s squad perform with absolute clarity in their roles and conviction in their collective purpose. And that in turn has yielded results: a first grand slam at Twickenham, a third championship title in five years to follow on from four titles in as many years as Leinster coach. There can be no debate that the 52-year-old should be considered as the greatest coach in Irish history.

“He keeps you on your toes,” Jonathan Sexton, the fly-half who was celebrating his first triple crown, said. “He, eh, how do I put this nicely? At times during the week you are driven demented with him, but you know he is doing it for a reason – putting pressure on you in training, at meetings to make sure on Saturday every box is ticked, to make sure all the prep is done. He is an incredible coach, his record with Irish teams speaks for itself.”

Ireland won the 2018 Six Nations Championship on 10 March, rising to second place in the world rankings and beat England a week later in Twickenham to complete their third Grand Slam.