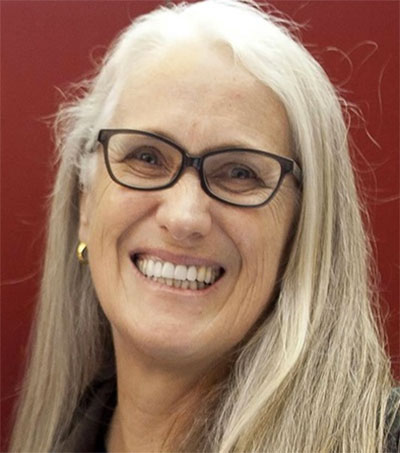 New Zealander Jane Campion, 63, has just shown the full six hours of her new series, Top Of The Lake: China Girl to audiences at Cannes. At the festival, Campion bemoaned that, just three of the 18 films in competition were directed by women. “Something has to change,” she says.

She has an interesting idea. “My suggestion would be, and everybody says it to [festival director] Thierry [Frémaux], that it would be very brilliant to have all-female juries. Not that I think the women would say, ‘Oh, we’d better choose a woman winner,’ but that everyone at the festival would have to think about how women think. For once, they might be just thinking, ‘Well, what would women think of this?’ and choose subjects that women will relate to. I yearn for more imaginative energy going into how women see the world.”

Much was made of the fact this was the first year Cannes invited two TV series to screen as part of official selection (David Lynch’s Twin Peaks is the other, of which two episodes are being shown). Frémaux has described it as a way of “checking in with two important filmmakers, who happen to have now made TV series.”

Top Of The Lake: China Girl, while not exactly a sequel to the first series, takes place four years after the end of the first story.

The Guardian’s Gwilym Mumford described the series as: “Still as gloriously weird as ever, with dialogue that starts off as prosaic and stretches into entirely unexpected places. And of course it remains gorgeous to look at: a shot of the suitcase bobbing listlessly in the ocean looks lovely until you remember what’s inside it.”

Campion was born in Wellington. Her daughter, Alice Englert, 22, stars in Top Of The Lake: China Girl.