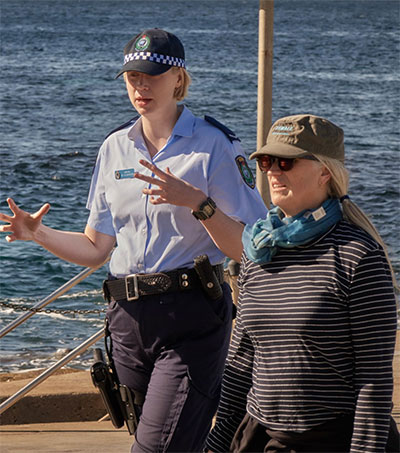 Jane Campion on Her Ovarian Series

The legality of prostitution and commercial surrogacy, the exploitation of women involved in both – in the end, Jane Campion’s Top of the Lake: China Girl explored those issues more than it explored the crime that opened the series.

But this series from New Zealand-born filmmaker Campion was more about poetic imagery and gender politics than it was about police work. Campion explained her take on those issues, the input sex workers had on the story and the series finale.

“You’ve described the show as being beyond feminism, as something ‘ovarian.’ What do you mean by that?” New York Times’ journalist Jennifer Vineyard asks Campion.

“It’s actually something I thought about a lot when I was writing it and making it,” Campion, 63, replies. “I wanted to go deep into the uterus of a woman, and really tell the story from that point of view, from creation to appropriation. It was always in my mind that the ocean is the major uterus of the whole thing. It’s a feminine space. It’s controlled by the moon and the tides, and I love all that. I don’t know how much it’s affected how the story communicates to people, but it’s there in my heart.”