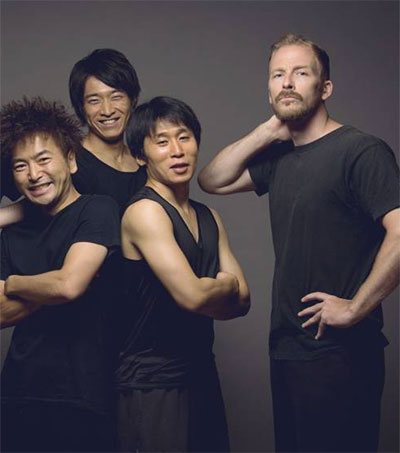 Founded in 2012 by New Zealand-born James Sutherland, you won’t be alone if you’ve never heard of the Tokyo-based International Centre for Theatre Arts, because few have seen any plays it has staged and anyway its focus is firmly on building a reputation outside Japan.

The group has held workshops and staged occasional performances in South Korea, Colombia, Iran and Japan in line with its strategy to primarily target markets abroad while skipping Japan’s theatre-business norms.

Yet as chance would have it, CITA – as Sutherland cites the group’s acronym based, he says, on its Spanish title of Centro internacional teatro artes – is set to present a rare one-off piece in Tokyo on 13 March. Titled Earthbound, this is a work inspired by the lives of two brilliant men – Hideo Itokawa (1912-99), the so-called Dr Rocket who pioneered Japan’s space programme, and the American Bobby Fischer (1943-2008), who is often said to be the greatest chess player of all time.

Now aged 38, Sutherland got an MA in theatre arts/directing in New Zealand and did a stint there as a stuntman followed by two years practicing aikido in Japan. Next he became a physical-theatre instructor at drama schools in England before returning to Japan in 2012 – by then with a Japanese wife and their young son.

These days, Sutherland’s life revolves around teaching English at three universities, running theatre workshops, giving young people one-to-one acting lessons, and working as an instructor in the film industry – as well as his other CITA activities.

“Of course I went around and met lots of theatre people, but the arts sector is very small and very hard to enter,” he said. “So it’s disappointing to think about the huge number of talented people who are not recognised for the contributions they could offer.

“Meanwhile at CITA my title is artistic director, but for me theatre is a team game and it can only survive through collaboration. Sometimes, though, someone has to make the final decision, and that’s my role.”

Stressing his view that Japanese theatre should be brave enough to open up to new possibilities and give chances to young artists, he concluded, saying, “I think audiences really like risky stuff they’ve never seen. So theatre people need to take more chances and not stage programmes just because they’re safe and/or good for sales.”