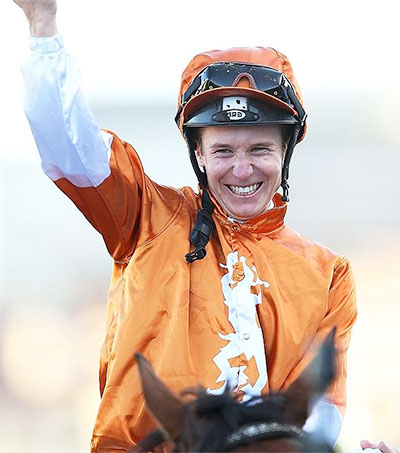 Being so good so young won’t count against James McDonald, 23, according to Craig “Clocker” Tompson, a guiding light behind the meteoric Australian rise of the talented New Zealander.

Some jockeys are exceptional early but burn out under the excessive demands to perform at the highest level and wretched wasting on their body to ride light.

“There is no way James has peaked,” Tompson enthused about last season’s leading Sydney hoop. “He’s too competitive. He’s got that mindset that makes him want to be better.”

Tompson worked with McDonald on speed maps and tactics and is particularly proud of the result of this with placegetter Dear Demi in the last Caulfield Cup from 18 barrier, regarded as his best ride by the former manager, just ahead of Mossfun in the Golden Slipper.

“He is hitting Mossfun with the whip in the right hand coming down the straight, she is going with Earthquake, he pulled the stick through in one stride in the left hand, gave her a whack and she noticeably lifts from that one hit, the difference between winning and losing. It focused the horse under pressure. He’s such a horseman.”