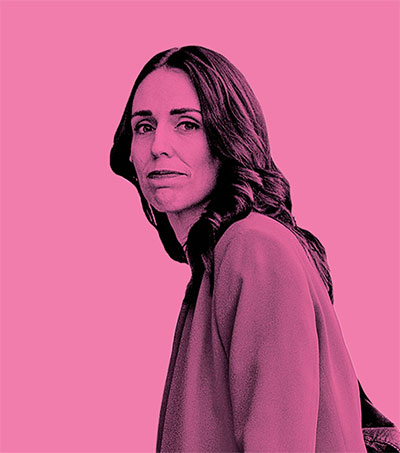 “New Zealand Prime Minister Jacinda Ardern banned military-style semiautomatic and assault rifles six days after 51 people died in the worst mass shooting in the country’s modern history … and rallied the leaders of countries such as France, the UK, and Canada to support her push to pressure social media platforms to stop the spread of hate speech,” Matthew Brockett writes in a profile of the leader for the annual Bloomberg 50 list.

The Bloomberg 50 is the magazine’s “look at the people in business, entertainment, finance, politics, and science and technology whose 2019 accomplishments merit recognition”.

“On 15 March a gunman attacked Muslim worshippers during afternoon prayers in Christchurch, livestreaming the atrocity to Facebook. As the nation reeled from the horror, Ardern showed true leadership. She reached out to the Muslim community, wearing a hijab in a show of respect. But her acts weren’t purely symbolic. Ardern moved quickly to ban the weapons used in the massacre, achieving in days what the US hasn’t been able to do after decades of gun violence,” Brockett writes.

“Ardern’s handling of the tragedy helped cement her global reputation as a torchbearer for liberal values. At home she’s made reducing child poverty a priority, and she broke barriers for women in 2018 by becoming the first prime minister since Pakistan’s Benazir Bhutto to give birth while in office.”