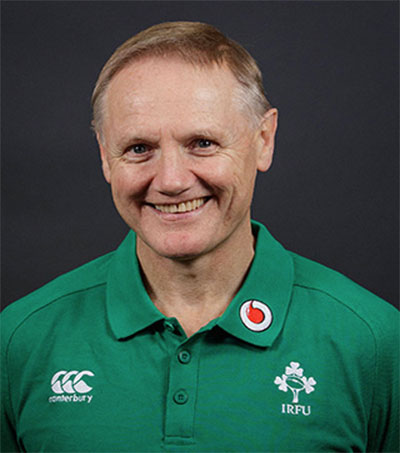 Failing a second time to lead Ireland to a first Rugby World Cup semifinal will haunt New Zealander Joe Schmidt, who steps down as coach following six transformative years, AP journalist Foster Niumata writes in a story published by The Washington Post. But Schmidt’s legacy from a decade in Ireland is a far greater parting gift. His impact has been cultural, not just technical.

Hired after guiding Leinster province to consecutive European club crowns, Schmidt’s biggest achievement was to turn the Irish back into believers and winners. No longer do they go into tournaments thinking they might win. They believe they will, and they have.

Fullback Rob Kearney spoke for the team when he said, “Deep down in the back of your mind there’s always this little voice that’s chatting away to you if you haven’t achieved something. We’d been saying for the best part of 10 years that as an Ireland team we could beat the All Blacks, but until you actually achieve it, you never 100 per cent believe it.”

On Schmidt’s watch, Ireland climbed that Everest in 2016, ending 111 years of failure. Just to prove it was no fluke, they beat the All Blacks again in 2018. Other milestones included a first win over the Springboks in South Africa, and a first series win in Australia since 1979. At home, Ireland won three Six Nations, including a third ever Grand Slam, in their best run since the early 1980s. They rose to No 1 in the rankings for the first time.

But those were the achievements on TV. Schmidt was tireless behind the scenes. He took his job title literally by accepting invites to clubs and schools all over the island. Always dignified, he gave inspiring talks and left positive impressions on people, even those who didn’t follow rugby.

His style is heavily structured. Every player is drilled to fit into a micro-managed game plan. Mistakes aren’t tolerated.

“He can talk your head off, he’s generous with time, but in the dressing room is absolutely ruthless,” retired captain Brian O’Driscoll said. “The smile comes in different forms. In one of my first trainings, a player passed at my ankles and I dropped it. And Joe said, ‘Good players take them.’ The boys thought that was brilliant, so they used to fire passes down at my ankles all the time.”

Schmidt, who added Irish citizenship in 2015 to his New Zealand one, said he will remain in Ireland and spend time on family projects while he takes a 12-month break from coaching, although his wife, Kellie, quipped he would probably last 12 days.

“I’ve had an incredibly planned life for so many years,” the 54-year-old Schmidt said. “So I’m kind of looking forward to having 12 months where I can just invest that energy in one direction and also not have a daily itinerary or a weekly plan.”