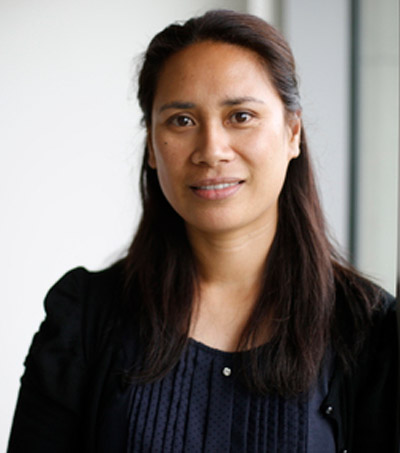 Originally from Auckland, Christina Tuataga, business data analyst at Fidelity Investments in Galway, explains why she chose Ireland as a place to live and work, and how snow still amazes her even after 10 years in the country.

“My sister moved here initially. She had followed an Irishman she had met in New Zealand,” Tuataga says. “‘You should come over,’ she said to me over the phone – and continued to tell me all of the great things about Ireland. Not once did she tell me that it was colder than any cold I would have ever felt before, and that I would see more dark than light during the winter months.

“After getting over the shock of winter … you definitely realise how much of a support your family is to you when you are no longer surrounded by them. It was a pretty tough first year here, and there were so many times I thought I’d made a huge mistake. But like anything, you learn to cope, and find reliable support.

“There are so many things I love about the country I now consider home. The people, my work, the quality of education and the ease/low cost of travelling abroad. Believe it or not, the cost of living in Ireland is not nearly as expensive as it is in New Zealand.”