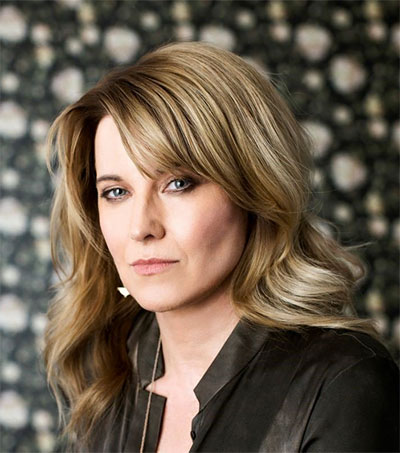 In My Life Is Murder, a “delightful new detective show”, New Zealand actor Lucy Lawless plays Alexa Crowe, a former police investigator “half-reluctantly drawn back to work as an unofficial consultant on deaths the department has deemed accidental but an old colleague believes are not,” critic Robert Lloyd writes for a piece in the Los Angeles Times.

“Breezily written, with an appealing main cast and a healthy component of armchair tourism – it’s set in Melbourne, Australia – it is a perfect summer series,” Lloyd continues.

“The tone is light and more than a little comic, with just enough action and suspense to keep things lively. Where many modern series would saddle Alexa with doubts and demons for the sake of creating drama, Murder Is My Life leaves her free – like Lt Columbo, Quincy M.E. (an early inspiration to Lawless) or Jessica Fletcher before her – to take care of business. Getting her industrial mixer to work – she bakes bread semi-professionally – is Alexa’s main personal challenge.

“Lawless spoke to the Los Angeles Times on the phone from Italy. ‘I’m going to see ‘Carmen’ tonight,’ she [told the newspaper]. ‘I’m in Verona. They have a beautiful old amphitheatre, and they do some pretty terrific operas every summer. The last time I was here, there was a tenor who wasn’t quite up to the job, and the audience just went septic on him, the cackles and the booing. It was Roman theatre, they were all thumbs down. And I kind of love that chaos,’ she said, giggling.”

The Times critic says to Lawless: “It seems astonishing that this is only the second show you’ve played the lead in.”

“‘That surprises me too,’ [she replies] ‘Because, I guess – maybe it’s solipsism – I always felt my role was very central to whatever experience I was having. But also I was in New Zealand raising my kids. You can’t just drop them like a bloody sloth – I don’t know how sloths raise their babies, I might be completely throwing shade at sloth mothers. Anyway, I had to be there, and now that they are older and gone off to college, I’m free to step up and do my own thing.’”

Auckland-born Lawless, 51, had recurring roles as Diane Lewis-Swanson on the sitcom Parks and Recreation, and as Countess Palatine Ingrid Von Marburg on the supernatural series Salem. She also starred in Ash vs Evil Dead.