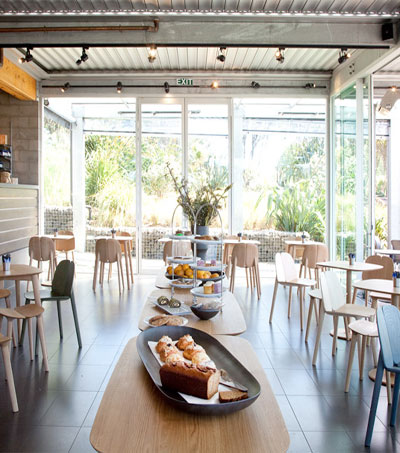 Auckland’s Hip Group and Farro Fresh feature in Monocle’s first ever  “Retail Survey – Top 25” with the former taking the No 11 spot as “Best local bistro chain” and Farro No 16, as “Top local-produce grocer chain”.

“After careers with international hotel chains, Jackie Grant and Scott Brown raised the hospitality bar in Auckland when they opened the Kohi Corner café in the city’s eastern suburbs, which marked the beginning of their Hip Group venture.

“Now there are 10 sites around Auckland, from small café’s selling the company’s own gelato, coffee and freshly baked bread to the downtown flagship bistro Ortolana, serving a fresh seasonal menu.”

‘“The concept is based on our personal experiences when we travel,’ Grant says. ‘We want to deliver a taste and experience that only the highest quality can achieve.’

“Recently, they’ve refurbished a hotel at Waihi Beach, and this year they’re opening a new butchery in the city centre.”

Monocle says: “Such is Grant and Brown’s innovative streak that we can’t wait to see how their next venture unfolds.”

Of the three Farro Fresh stores, the magazine writes: “Small-scale retail and a great local produce selection make grocers like this a must in every town.”