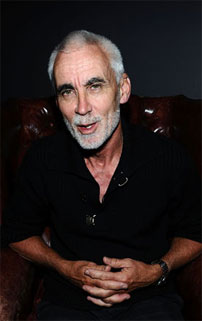 Illusion of the Truth

“I never intended to become an apologist for Tony Blair’s war,” director Lee Tamahori wails down the phone from his home in Wellington. “I just wanted to show that Uday was a psycho.” He says he’s been waiting all his life to make a cocaine-fuelled, machete-waving romp through the heady days of Saddam’s Baghdad but any suggestion that his film The Devil’s Double, which opens on this week in the UK, could glamorise the dying days of Saddam’s regime horrifies Tamahori. The main point of the film, he says, is to entertain. “All film is ultimately entertainment, regardless whether it’s The Battle of Algiers or a documentary about penguins,” he says. “It is all there to manipulate us. I don’t want people to leave thinking they have the truth. What they have instead is an illusion of the truth.” Tamahori directed his first American feature, Mulholland Falls, starring Nick Nolte, Melanie Griffith and John Malkovich, in 1996. In 22, he directed Die Another Day, the 2th Bond film, and the highest grossing Bond film to date. Tamahori was born in Wellington in 195.