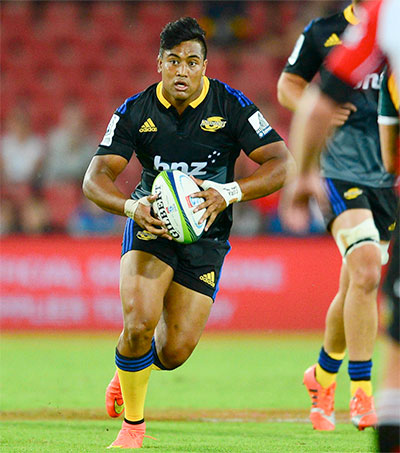 The Hurricanes have scored some breathtaking, length-of-the field tries this year, but what they have also done is find a way to win matches when opponents have not allowed them to play the style of rugby they want. This year has seen a consistent squad delivering results.

The 32-24 victory against the Sharks, from South Africa, in Wellington on 16 May was a case in point. The Hurricanes scored four tries to claim a bonus point in the standings under Super Rugby’s scoring system, but it was a physical and bruising match that saw the lead change hands several times before the New Zealanders landed the knockout blow in the final 10 minutes.

“I’ve got to say that it’s not very often that you’re satisfied to win ugly, but I’m actually really happy,” Hurricanes’ first-year coach Chris Boyd said. “We didn’t play particularly well. I think they threw the kitchen sink at it.”

It was the Hurricanes’ 10th victory and leaves them comfortably on top of both the New Zealand conference and the overall standings with five weeks of the regular season remaining.

The Hurricanes captain, Conrad Smith, who has been with the team since 2004, admits it has been difficult to pinpoint exactly what has made the difference this year.

“I think there is good maturity within the group. There’s a bit of confidence,” Smith explained. “We’ve had a group that’s been together for a while.”

The Hurricanes next play the Blues at Eden Park on 23 May.