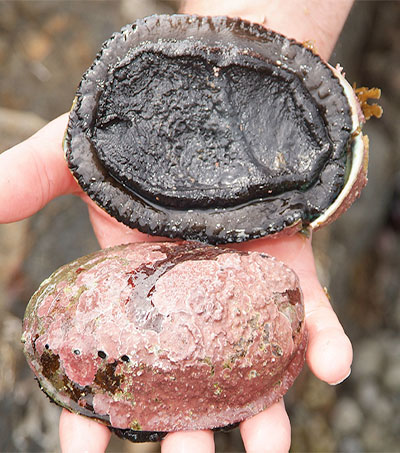 On the Hunt for a Prized Mollusc

In Otago, a group of recreational fishermen are about to go on their regular autumn hunt for shellfish, but it is not just any mollusc that they’re after. They are looking for a humble sea snail that has become one of the world’s most expensive seafood items.

“Strict rules are needed to help protect the species from overfishing.

“Fishermen cannot use any sort of underwater breathing equipment and are allowed to pick only 10 pieces of abalone per day.

“Among the successful fishermen is the barrel-chested Kees Meeuws, a former rugby legend for the New Zealand All Blacks. He describes abalone as an acquired taste. ‘The texture is a bit like calamari, a little chewy, but it’s got a distinct flavour and is more like a steak rather than a shellfish,’ Meeuws says.

“For the average New Zealander, the cultural value of the abalone may outweigh its monetary perks. It has been eaten as a delicacy since the island was first settled hundreds of years ago. It’s also been used in Maori art for centuries.

“As a result, locals view it as a national treasure and are likely to protect the right for anyone here to have access to such a prized and valuable delicacy.”