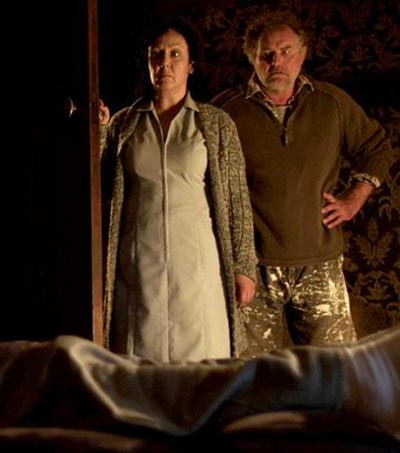 The horror-comedy film Housebound, the writing-directing feature debut from New Zealand filmmaker Gerard Johnstone, is described as “creepy, silly, inventive, darkly funny and, at one point, mind blowingly bloody,” by Gary Goldstein for the LA Times.

The film is “a wacky yet spooky ghost story that works.”

The fact that Kylie grew up in this big old cluttered home, yet fled from it as soon as she could, holds the key to some of the wacky story’s many puzzle pieces.”

“Some smart streamlining would have sharpened the focus and amped up the power of this well-shot and edited spookfest,” Goldstein writes.

The festival hit has also recently been scooped up by Raven Banner and Anchor Bay to be screened in Canada.

The Canadian deal was announced last Thursday night to a sell-out crowd at the Toronto After Dark Film Festival prior to its rousing Opening Gala screening.