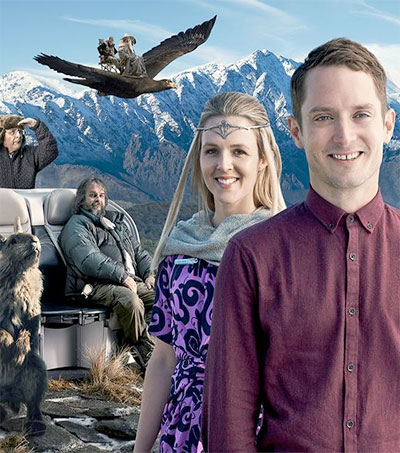 Ahead of the final instalment of The Hobbit trilogy, and continuing its long tradition of entertaining in-flight videos, Air New Zealand has launched its latest “epic” pre-flight safety demonstration.

The airline has done a new take on an old theme. This time the video features brief cameos from the director, Peter Jackson, as well as Elijah Wood, the main actor in the trilogy (who is not in character).

Describing itself “the official airline of Middle-earth”, Air New Zealand was one of the pioneers of the alternative in-flight safety video, and has garnered particular success with its Hobbit-themed versions. The original hobbit safety video created in 2012, An Unexpected Briefing, gathered more than 12 million views on YouTube. Other videos have included Bear Grylls, as well as the All Blacks New Zealand rugby team and the US rap artist, Snoop Dogg.

Many other airlines have followed suit and attempted their own versions of the airline safety video genre, including Virgin Atlantic with an animated safety video earlier this year.

The final instalment of The Hobbit trilogy, The Battle of the Five Armies, will be on general release at the end of this year.