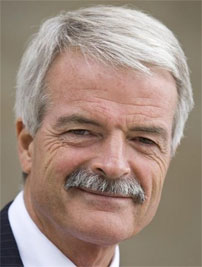 New Zealander Professor Malcolm Grant will be appointed chair of the UK’s new National Health Service (NHS) commissioning board. Grant, who is currently president and provost of University College London (UCL), would be expected to carry out both roles simultaneously, although the university said he would “cut back” on some of his other public appointments. Grant was heralded by Conservative health secretary Andrew Lansley as a man of “distinction and authority” whom he was “delighted” to put forward for the job. Grant revealed he would quit the university in Bloomsbury within two years and in the meantime donate his Department of Health salary directly to the college. In his new role, he will directly commission services, including primary medical care, after NHS reforms are rubber-stamped by the House of Commons. Grant took up his UCL post, as the principal academic and administrative officer and head of UCL, in 2003. Grant was born and raised in Oamaru.