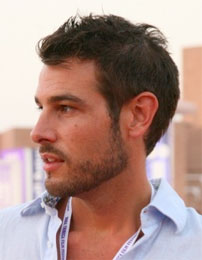 New Zealander Regan Hall is the director and producer of Fast Girls, a new film about the UK athletics team. Directing his first feature film, Hall was determined to find young actresses who could be credible as elite athletes. After holding racing auditions in London, he selected those who would become the stars of their Great Britain sprint relay team, training for six weeks alongside their real-life Olympic counterparts. “We had to take advice from our athletics advisers about who had the correct gait, and who might never make it,” Hall said. The film will be released on 15 June in the run-up to the Olympics. Hall graduated from film school in New Zealand. He has worked on commercials with fashion photographer Mario Testino.