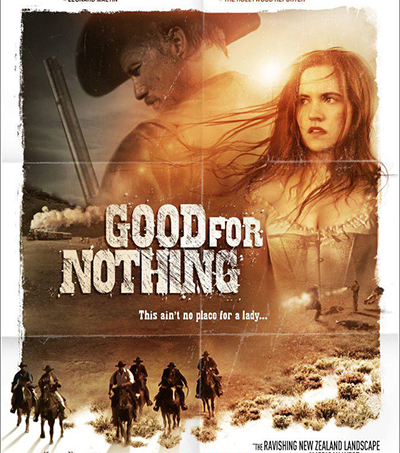 Dunedin director Mike Wallis’ budget western Good for Nothing will become the first self-funded New Zealand film to be released in United States cinemas from next month. Wallis used the landscapes of Central Otago and the Mackenzie Country as a stand-in for the Wild West for his film, dubbed the world’s first ‘Pavlova Western’. Wallis said he was “stoked” to get US distribution for his first feature film. “It is tremendous. It is confirmation that we made a film with universal appeal, and that is what we really wanted to do,” he said. Wallis and his fiancée, co-producer and female lead Inge Rademeyer, funded the shoot. “We were going to buy a house but instead we made a movie,” Rademeyer said. The film will be released in New Zealand cinemas in May.