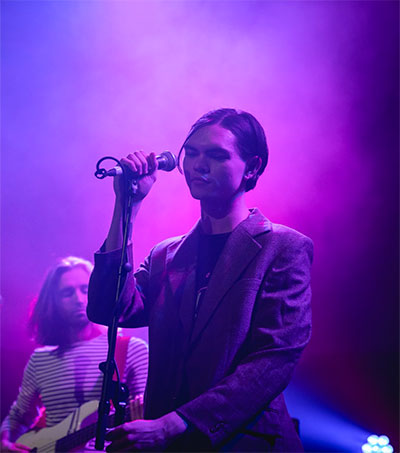 “With only two live shows and two singles behind him, MOY, 23, is already showing signs that he’s a real contender,” Scottish Sun music journalist Jim Gellatly writes. “The New Zealander from Auckland was living in London before relocating to Glasgow last year.”

“Everything else currently remains a mystery. I like that,” Gellatly writes.

“Under the wing of the management company who look after Texas and Primal Scream, he’s got a top team behind him.

“It’s early days yet, but his performance at St Luke’s [in Glasgow] oozed class. Understated with little chat between the songs, he still wasn’t giving much away.

“As an artist most in the room wouldn’t have been aware of, he won over the audience effortlessly. It’s dreamy pop with some dark overtones and it is totally captivating.

“MOY’s journey may only have just begun, but it’s set to take him big places.”