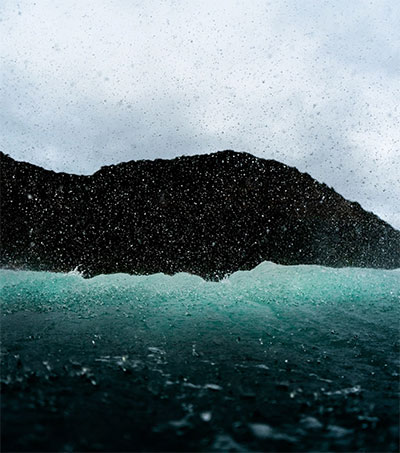 Otago-based Oscar Hetherington has won the Grand Prize at the Sony Alpha Awards 2020, Kiro Evans reports for The Scottish Sun.

Hetherington was awarded the accolade for his submission ‘Backwash’, which was hailed as “breathtaking, vast and intimidating.”

It features rain falling upon an unsettled ocean and managed to nab the top prize ahead of its competitors.

Hetherington said on social media: “Short backstory behind the image on the morning this photo was taken, my car broke down on the way to the beach so it was a surprise I even made it out for a swim this day but sure lucky I did even though it included a ride home on the back of a tow truck.”

There were 3000 submissions across 12 categories.

Aucklander Ilan Wittenberg won the Editorial prize for his portrait, called ‘Timid’, of one of the Maasai people after he became integrated in their community.