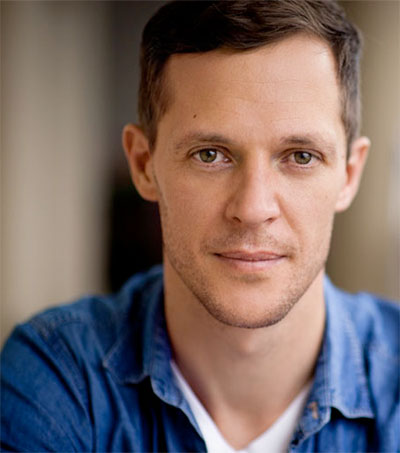 New Zealand-born actor Gareth Reeves, 36, stars as Lysander in the new Bell Shakespeare production of Midsummer Night’s Dream, The Dream on until 13 September in Canberra.

Reeves and Lucy Honigman, who plays Hermia, want to elope.

Reeves, 36, came to Australia several years ago and was last in Canberra for Bell Shakespeare’s Julius Caesar. He said Hermia’s father gave her three choices: marry his preferred suitor Demetrius (played by Johnny Carr), enter a nunnery, or die. They are pursued into the forest by Demetrius. He, in turn, is followed by Helena (Nikki Shiels), who loves him.

The humans are caught up in a dispute between the king and queen of the fairies, Oberon (Ray Chong Nee) and Titania (Janine Watson), when Oberon’s servant Puck (Julie Forsyth), among other mischief, makes use of a potion that makes someone fall in love with the first living thing they see when it is applied to their eyes.

Both Reeves and Honigman said there was more to the play than just comedy.

“It’s about deciding what your reality is – we all make our own,” Reeves said. “Human beings tell stories to make sense of the world. The characters are trying to make sense of a world that’s being turned upside down around them.”

Reeves won a New Zealand Screen Awards for Best Performance by an Actor in The Insiders Guide to Love, series two.