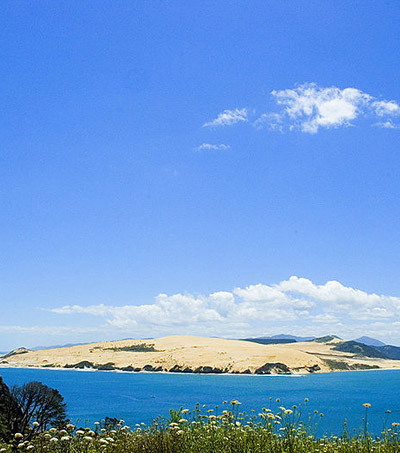 “Who doesn’t know about the picturesque beauty in New Zealand,” writes Ruchika Kher in an article for Times Now. Kher believes that the real fun of travelling lies in finding hidden gems rather than “visiting the places already made famous by others.” These are her top picks for New Zealand.

“From huge Paleolithic boulders strewn across the beach to iridescent blue lakes and limestone cliffs studded with fossils, the Waitaki region has more than its share of natural wonders,” writes Kher who recommends exploring the area by bike or on foot on some of the many trails.

“Hokianga, one of the most remote and undeveloped parts of the North Island, is beguiling.” Make sure to visit the 150m-high sand dunes and the Waipoua Forest with New Zealand’s largest kauri tree Tāne Mahuta.

“If ever there was a place that lived up to its name it is Golden Bay, at the tip of the South Island,” writes Kher. “A long stretch of coast with fine golden sand and a flourishing artistic community, this is a place to truly get off the grid.” She recommends visiting the adjacent Abel Tasman National Park and Farewell Spit, New Zealand’s longest sand spit.

“One of New Zealand’s sunniest cities, Whakatāne is situated on a natural harbour at the mouth of a river and has some truly beautiful beaches and a rich cultural history,” writes Kher. And “Whakatāne offers easy access to White Island (Whakaari), a spectacular marine volcano just 50km off the coast.”