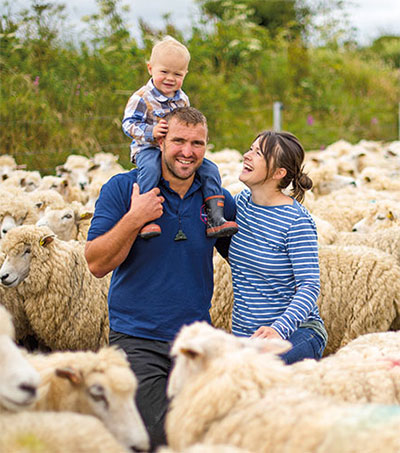 Award-winning farming couple, New Zealander Matt Smith and wife Pip, co-owners of Trefranck Farm near Launceston, in the UK have used HSBC funding to acquire 250 pedigree breeding deer, which has increased their livestock to 650 animals and helped them to meet the growing demand for British venison.

The young couple already farm 1000 Romney ewes and recently won the prestigious Farmers Weekly National Sheep Farmer of the Year award. The new red deer herd will supply venison to a major retailer and some of the deer will also be sold to specialist breeders.

The 300-acre farm, which has been in Pip’s family since 1703, has also used the funding to erect fencing and purchase handling equipment in order to manage pasture land effectively, as well as keep livestock and people safe.

Matt and Pip have more than 20 years of farming experience between them. Matt has travelled the world shearing sheep and holds lectures on sheep farming and currently holds the world record for most ewes sheared in nine hours.

Pip said: “The market for venison in the UK is flourishing and we were keen to take the farm in a new direction.”