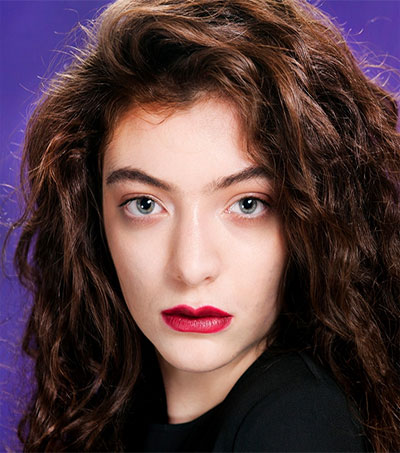 Have Faith in Lorde She Knows What’s She’s Doing

Lorde’s “gender and her age – coupled with her self-assuredness – are both reasons” the 18-year-old singer “attracts perhaps more than her fair share of scrutiny, including from ‘truthers’ who maintain she’s at least in her 20s. The fact that she is from New Zealand is another,” the Guardian’s Elle Hunt, herself a New Zealander, argues in an opinion piece.

“Lorde’s decision to split from [A&R manager Scott Maclachlan] who turned her ‘from schoolgirl to superstar’ has prompted patronising questions about her judgment. But her success has always been her own.

“It’s hard to articulate what her success has meant to a generation of young New Zealanders coming of age with a global identity informed by Flight of the Conchords and Lord of the Rings, and only in part because there’s a reasonable chance of her, or our mutual friends, reading it.

“[New Zealand] can be that kind of claustrophobic place, where any success at home is undermined by the size of the population. You’re dismissed as being ‘New Zealand famous’ if you don’t strive for recognition further afield, and you’ve ‘forgotten your roots’ if you achieve it.

“Now that she’s ‘the world’s greatest pop star’, there’s an expectation on Lorde to deliver with her second album – that, [music journalist Eamonn] Forde maintains, will prove whether she was right to part from Maclachlan. I don’t think it will do anything of the sort. Even looking past the implication that her success to date could be undermined by a subpar sophomore effort, management is just one strand of Lorde’s story. Her own judgment and direction have played a far greater role. To paraphrase Drake, one of her inspirations: we didn’t make her who she is, we just found her like this.”