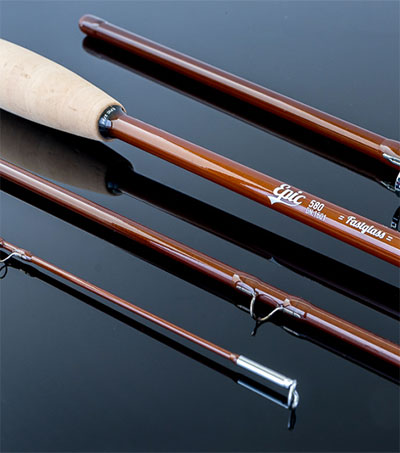 Epic Fly Rods in Demand All over the Globe

A fiberglass fly rod made by the Wanaka-based Swift Fly Fishing Company is in hot demand all over the world, according to a recent TVNZ report.

“We’ve got rods in probably every continent of the world and in every corner,” rod maker Trevor Bourne, a former IT engineer from Britain, told TVNZ journalist John McKenzie.

They’re called Epic rods: one of a kind, handmade and distinctly unique.

“They just have a flex and a bend to them that no other material has got,” Alaskan fly fisher Mike Huber said.

“I never thought in a million years that I’d live in a place like this, and do the job as a hobby for fun,” Bourne said.

All up, the team in Wanaka produces five to eight rods each week.

Small businesses like McNeil’s are big in New Zealand with 97 per cent of companies employing fewer than 20 staff, many of them leaders in innovation. Even those based off the beaten track.

“It’s a terrible place to manufacturer from,” McNeil said, laughing. A tale of success, from a remote location.

McNeil owns and runs Swift with Jeanie Ackley. Together, they have produced the award-winning films, Once in a Blue Moon, Casts that Catch Fish and Itus Bones.