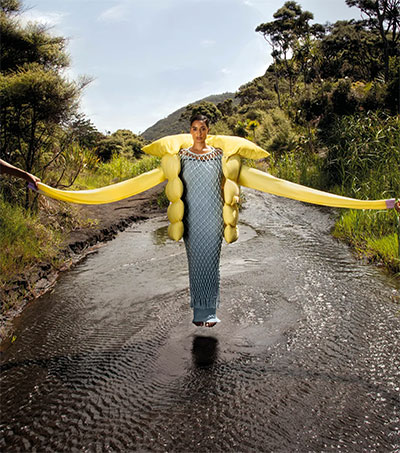 Enter the World of S Asian Talent With Anita Chhiba

Employing her community platform Diet Paratha to shine a spotlight on emerging South Asian talent, New Zealander Anita Chhiba, 31, is fighting the good fight against archaic systems of power in the global creative industry by levelling the playing field, Sadaf Shaikh writes in a cover story for Vogue India.

Chhiba may have christened Diet Paratha after the prominent global fashion watchdog Diet Prada, but that’s where all similarities end. Founded in 2017 by the now London-based Chhiba, who, at the time, was working in advertising, Diet Paratha initially began as a way for her to share – and garner appreciation for – vintage Bollywood movie posters on Instagram. Soon, Chhiba, galvanised by the performance of the platform and her keen visual sense, recalibrated it to highlight the work of brown creatives who inspired her.

While Chhiba has no ironclad rules for whom she features on her page, she is deliberate in her exclusion of visuals and narratives that pander to the white gaze and, unlike Diet Prada, does not subscribe to cancel culture. “We are no longer accepting the notion of being put inside a box or being seen as a uniform group,” the creative director says of her goal to celebrate and champion South Asian talent.