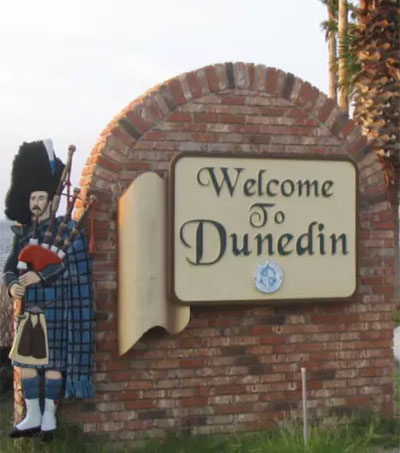 “In Dunedin today, there is no shortage of reminders of the first Scots who settled in this part of New Zealand 169 years ago last week and wove themselves into the fabric of the country,” Alison Campsie writes for the Scotsman.

“It was the poet [Robbie Burns’] uncle, Reverend Thomas Burns, who was among the first settlers to arrive in Dunedin, the Gaelic for Edinburgh, having been appointed by the Free Church to lead a new presbyterian settlement in the South Pacific,” Campsie writes. “On landing at Port Chalmers on March 23 1848, one passenger on the John Wickliffe, the fist ship to carry Scottish settlers to the South Island of New Zealand, wrote in his diary: ‘All seemed pleased and called it a goodly land – Port Chalmers and around is truly beautiful – rich in scenery – its slopes and shores are fertile, and wooded to the water’s edge.’

“By the end of the 1850s, around 12,000 Scots had joined them in this new flourishing city, many from the industrial lowlands. Artisans, small traders and industrial workers were to make up a third of all Scottish migrants to New Zealand with almost 70 per cent of this group coming from the Edinburgh and Glasgow area.

“The stiff presbyterian tone of Dunedin is said to have spurred a ‘creative rebellion’ with works by Dunedin poet James K Baxter considered among the country’s finest. Today, whisky, pipe band sand the city’s own Haggis Ceremony continue to mark the impact of those first Scottish settlers who arrived. Mark Twain, after visiting Dunedin in 1895, wrote of them: ‘The people are Scotch. They stopped here on their way from home to heaven thinking they had arrived.’”