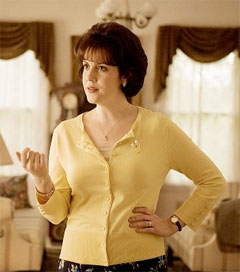 Melanie Lynskey, 35, is one of ten Indie actors on the verge of mainstream, according to Loren DiBlasi writing for Highbrow Magazine. “In 1994, the New Zealand native won raves for her performance alongside another budding young actress, Kate Winslet, in the Peter Jackson drama Heavenly Creatures. Since then, Lynskey has appeared in Sam Mendes’ Away We Go, Steven Soderbergh’s The Informant! and Jason Reitman’s Up in the Air. Lynskey’s lead role in the upcoming comedy-drama Hello I Must Be Going was a favourite at this year’s Sundance Film Festival, and is already generating some pretty strong pre-awards season buzz.” Lynskey is originally from New Plymouth.