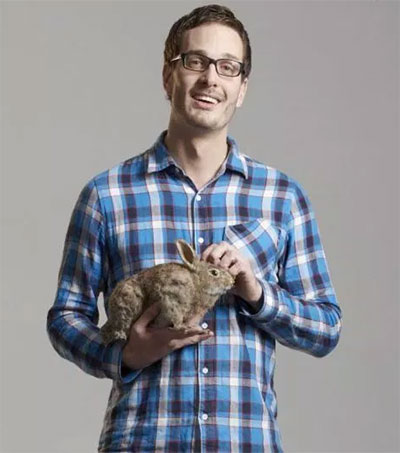 New investigative documentary, the “engrossing” Tickled, co-directed by New Zealanders David Farrier and Dylan Reeve, has received rave reviews from critics and punters after its premiere at this year’s Sundance Film Festival.

Farrier and Dylan Reeve’s documentary traces the duo’s investigation of an online tickling-video empire, behind which there lurks a monster of cyberbullying and litigiousness, Variety critic Dennis Harvey writes.

“An alarming cautionary tale about how easy it is in the Internet age to ruin people’s lives while hiding behind a cloak of anonymity, the pic boasts a humorously titillating entry hook that soon gives way to engrossing conspiracy-thriller-like content. It should attract healthy sales in various formats, particularly cable broadcast.

“Farrier is an Auckland-based television and radio reporter/personality who’s ‘made a career looking at the weird and bizarre side of life.’ He assumed he’d found just more amusingly offbeat grist for the mill when he stumbled upon an online video offering substantial cash and all-expenses trips to Los Angeles for young athletes willing to participate on camera in the ‘sport’ of ‘Competitive Endurance Tickling.’

“But upon contacting these events’ producer, Jane O’Brien Media, for an interview, he was surprised to receive virulently homophobic responses (Farrier is an out gay man). This seemed ludicrous, since nothing could be more blatantly homoerotic than videos of mattress-bound youths being straddled and tickled all over by other handsome junior jocks. The long-distance insults rapidly took on a lawsuit-threatening nature. Now Farrier and his (straight) collaborator Reeve were intrigued enough to decide their inquiry might merit a whole documentary, despite (or because of) the intimidation tactics.

“While the filmmakers are often onscreen, Tickled is no vanity project – their presence is justified because the harassment they experience in pursuing the story becomes a big part of its narrative. The well-shot and tightly edited pic manages to maintain a sense of humour without belittling its subjects, and glimpses a somewhat gamey underworld without descending into a tabloid-style shocking expose.”

The Hollywood Reporter describes Tickled as “captivating and jaw-dropping”.

“The use of quietly eerie music tracks by filmmaker Shane Carruth (Primer) suits the material to a T, and Dominic Fryer’s intimate camerawork puts the viewer right next to the directing duo on their tireless stakeouts.”

Photo by The Corner.