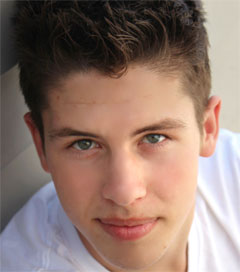 Eighteen-year-old Aucklander Joel Walsham has become the first New Zealander to be awarded a scholarship to prestigious United States dance university, LINES Ballet in San Francisco. Early this year Walsham flew to the United States to audition for three dance schools – New York University’s Tisch School of the Arts, the Ailey School and LINES Ballet. He was accepted into all three. Last time Walsham was on the news, he was 11 years old and auditioning for the hit stage show Billy Elliot. Seven years on, he says the Billy Elliot film has helped to challenge stereotypes about men in tights. “Ballet isn’t just about guys in tights and girls in tutus,” Walsham says. “Ballet is rugged, it’s athletic and it’s a lot of things that males are.” At LINES Ballet, Walsham will be the only international student dancing while studying fine arts at the Dominican University of California. The LINES programme is unique in that it offers a conservatory style technical training with one of the world’s top neo-classical companies, as well as a liberal arts education. Walsham has a $17,000 scholarship grant, but he still has to fundraise another $20,000. “As a young person who’s seeking support to go overseas to gain skills to bring back to New Zealand, there’s generally not a lot of support,” he says. Jacqui Cesan has been teaching Walsham for 11 years. She also runs The Dance Studio for boys in Auckland. “If we put as much money into arts as we did into sport, our dancers would be the All Blacks of the world,” Cesan says. “Now we have really good dance programmes at Auckland University, Unitec, there’s more coming through, there’s still not enough and so we applaud kids like Joel who go on and take another opportunity.”