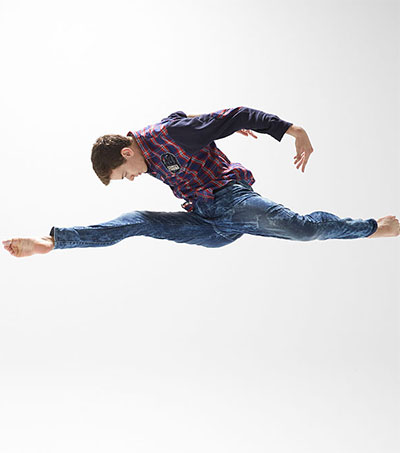 The past year has been a whirlwind of events for professional ballet dancer Joshua Guillemot-Rodgerson, Jonathan Guildford writes for Stuff.

The Christchurch-born ballet prodigy has started his first professional job with the Houston Ballet company and survived Hurricane Harvey.

After the company’s theatre was destroyed, Guillemot-Rodgerson was worried he might not have had the chance to perform in the city for the rest of the year.

However, the community banded together and the company went on to perform a ‘hometown tour’ at a number of venues across the city.

Guillemot-Rodgerson is understood to be the first New Zealander to be accepted by the prestigious The Juilliard​ School in New York, where he spent four years polishing his dancing.

It was a huge step up working and performing for the Houston Ballet company, which has a number of highly skilled and established performers.

“At school you get told to take your time and process a lot of stuff and really think about what you are doing and you make sure what you are putting out there is really top quality.

“Coming here they want that top quality but they want you to do it like that after a minute of learning the material … you are expected to have it performance ready in the studio and at that moment.”

Guillemot-Rodgerson was the recipient of an AMP Scholarship in 2015.