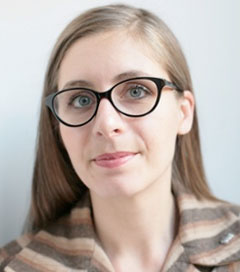 Ahead of appearances at Perth Writers Festival on 22 February and Adelaide Writers’ Week on 1 March, the Guardian’s Vicky Frost met with Booker prize-winning author 28-year-old Eleanor Catton to talk about her next project.

“It’s been a year since the author finished [that] novel, but she hasn’t started on her third book yet. One promise: it won’t be as long as The Luminaries.

“The Luminaries has brought her international success but in New Zealand the response has been particularly excited, with Hokitika, the town where the book is set, finding itself the focus of tourist curiosity (A forthcoming miniseries of the book is likely to only intensify that interest).

“How her third book will feel is still an unknown – she is yet to start work on it. Catton can, however, give one promise: it won’t be the bag-breaking weight of The Luminaries: ‘Oh no, gosh no. I’ve gotten a very firm word from my publishers about that.’

“In any case, she is not in any rush. It’s important to respect the seasonal nature of creation, Catton argues – that after the harvest you need a winter before you can plant anything again.

“‘What I feel is that true creation happens when you’re making something out of nothing – like it’s divine, you know. Creation is a completely divine concept.’”

Catton was also awarded the Canadian Governor General’s Literary Award for Fiction and became a member of the New Zealand Order of Merit in the New Year Honours.