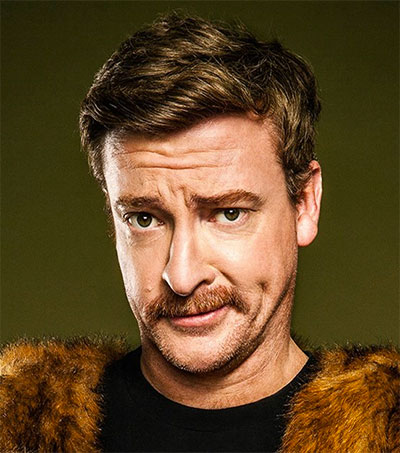 Actor Rhys Darby, who played werewolf Anton in What We Do in the Shadows, will join the cast of The X-Files “event series” as a man suspected by Fox Mulder to be the perpetrator of a series of animal attacks.

Darby tweeted that he was “over the moon” about the role but couldn’t release any more details.

Fox confirmed in March that it is bringing back The X-Files for a six-episode event series, with Chris Carter returning as executive producer. Shooting on the event series got underway in June in Vancouver and the first footage from the new episodes has just been unveiled.

David Duchovny and Gillian Anderson are reprising their iconic roles as Fox Mulder and Dana Scully in the six-part series, joined by fellow original cast members Mitch Pileggi, who plays FBI boss Walter Skinner, and William B. Davis, who portrays their enigmatic nemesis ‘The Smoking Man’.

The original series ran for nine seasons from 1993 to 2002, with two feature films following.

Originally from Auckland, Darby is best known for playing Murray Hewitt, the band manager of Flight of the Conchords in the television series.