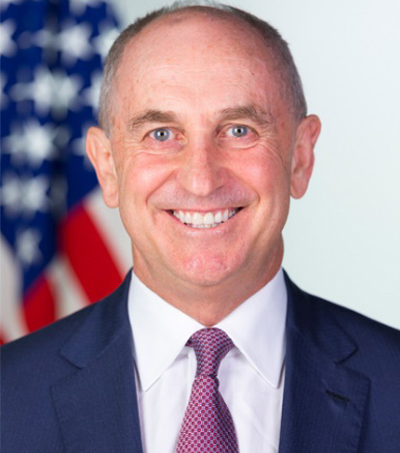 Chris Liddell, Deputy Chief of Staff for Policy Coordination at The White House, is leading a newly announced initiative to address a significant gap in broadband access in rural America.

Writing in Agri-Pulse, Liddell says “For millions who live in rural America, the promise of high-speed broadband networks is still just that—a promise yet to be realized. Nearly 39 percent of rural Americans lack sufficient broadband access, creating a digital divide that is leaving too many behind. From homework to healthcare, high-speed internet is a modern-day essential at home.  The Nation, and the world, rely on the commodities and goods that rural America produces – from its croplands, ranchlands, forests, factories, and mines. The wide-open spaces and unique geography that make rural America great also make it significantly harder and more expensive to build secure broadband networks.”

The American Broadband Initiative report released on February 13 serves as a roadmap for Federal departments and focuses on three primary areas of agency initiatives:

Second, leveraging Federal Assets: The Federal Government owns, manages, or operates a great deal of land and infrastructure across America, including towers and other structures. Allowing private sector operators to access these assets easily and at a reasonable cost will encourage additional deployment of network infrastructure. Consistent with this goal, the Department of the Interior has created a map of over 7,000 tower locations that will be available to service providers as they look to expand their networks.

Third, maximizing the Impact of Federal Funding: While the private market is best at building and deploying broadband networks, financial partnerships and assistance from the Federal Government can help close the internet connectivity gap in rural America. By coordinating the existing funding opportunities available to providers, we will better target areas of true need and make more efficient and effective use of taxpayer dollars. USDA has committed to this goal as they distribute $600 million in new Federal investment in a rural broadband pilot program, prioritizing projects that increase productivity and improve rural quality of life.  The Department of Commerce is working to improve the quality of broadband maps to allow for better targeting of federal funds.

The US Department of Agriculture’s Rural America at a Glance 2017 report notes that “Rural America encompasses 72 percent of the Nation’s land area, houses 46 million residents, and plays an essential role in the overall economy. Rural areas are more economically diverse than in the past, with employment reliant not only on agriculture and mining but also manufacturing, services, and trade. Rural counties with economies based on tourism and recreation maintained higher-than average population growth rates during 2010-16. For rural areas as a whole, employment has increased modestly since 2011 and median incomes are rising once again. Infrastructure investments, like expanding broadband internet access, could improve economic performance and contribute to quality of life through more robust delivery of education, healthcare, public safety, and other services. While rural America shows signs of a strengthening economy, many rural areas face unique challenges that place them at a competitive disadvantage relative to more urban areas. Overall, the rural population is shrinking for the first time on record, due to several factors, including long-term outmigration of young adults, fewer births, increased mortality among working-age adults, and an aging population.”