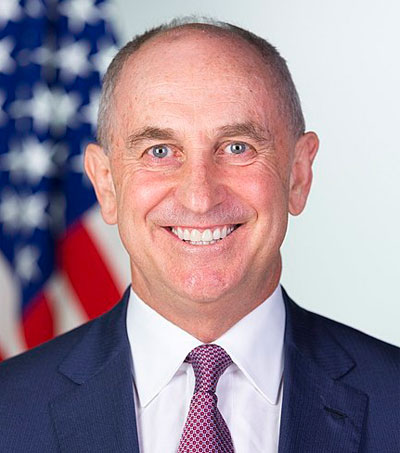 Chris Liddell on “The Biggest IT Transformation of All Time”

“In the wake of Tuesday’s power-shifting midterm elections, the White House plans to stay the course in tech policy and may even work with Democrats on beefing up the nation’s broadband infrastructure, a trio of Trump administration officials said.” Alan Boyle reports for GeekWire.

White House deputy chief of staff for policy coordination “Chris Liddell and two other White House officials — Abigail Slater, special assistant to the president on technology, telecom and cybersecurity policy; and Michael Kratsios, deputy U.S. chief technology officer — sized up the road ahead at Technology 202, a D.C. mini-conference presented by The Washington Post.”

“We’re on the biggest IT transformation of all time,” said Liddell. “I’ve worked inside the private sector for most of my life, for large companies, 100,000 people or so, but this is for literally millions of people. That’s a 10-year journey. That really hasn’t changed as a result of Tuesday.”

“The federal government spends roughly $100 billion annually on information technology, Liddell noted, and he expected that trend line to continue even after the Democrats take control of the House.”

“I see that as very bipartisan,” Liddell said. “I hope that the new House will continue to fund things like the Modernizing Government Technology Act — the funding there, that’s incredibly high ROI projects, but otherwise most of that is done through internal policy.”

“Expanding broadband internet access, particularly for rural communities that don’t currently have high-speed access, will be a priority in discussions with Democrats about future infrastructure spending,” as reported in the article.

“The most successful CEOs are the ones that say, ‘Look, we don’t agree with you on X, but we definitely agree with you on modernizing government technology. Who couldn’t? So we are going to embrace you on that.’ ”