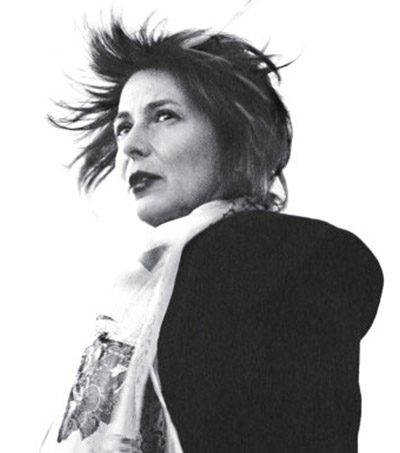 Emmy Award-winning auteur Jill Soloway, creator of the gender- and genre-bending TV series Transparent, recently announced her next project: an adaptation of I Love Dick, Chris Kraus’s psycho-sexual epistolary novel about a married, failed independent filmmaker, on the cusp of turning 40, also named Chris Kraus, and her obsessive infatuation with a cultural critic named Dick.

Perhaps predictably, this artist’s edgy outlook is well-informed by her early experience living at the edge of the world. Chris Kraus’s “intellectually disenfranchised” parents immigrated from Connecticut to New Zealand toward the end of the 1960s. Kraus studied literature and political science at Victoria University in Wellington, and became a full-time newspaper journalist and TV critic for the Evening Post and Sunday Star Times by the time she was just 18. Kraus later reconnected with New Zealand in the early 1990s, returning there to make Gravity and Grace, a film funded by Creative New Zealand.

Nearly 20 years old, I Love Dick has gathered an impressive underground following since its publication in 1997, with The Guardian’s Emily Gould calling it “the most important book about men and women written in the last century.” In an essay about the book that appeared last year in The New Yorker, Leslie Jamison describes the author’s fearlessness: “She gives us female desire without shame or passivity, and follows abjection into something bright and exalted, like presence. . . Her books return to the same dynamics over and over—romantic abjection, ambiguous and often frustrating intimacies, artistic devotion and ambition, social communion and alienation—in order to explore them in multiple and overlapping contexts: artistic, spiritual, domestic, private, public, historical, political, economic. They are versions of one central drama: a female consciousness struggling to live a meaningful life.”

One of the distinguishing features of Kraus’s work—which includes the novels Aliens & Anorexia (2000), Torpor (2006), Summer of Hate (2012), and the art criticism collections Video Green (2004) and Where Art Belongs (2011)—is how her books play with easy categorization. Fiction? Memoir? Cultural commentary? “Kraus’s books dangle the possibility of radical disclosure by ‘confessing’ private things,” writes Jamison, “but complicate the terms of these disclosures by refusing to confess their genre.” In Artforum, David Rimanelli suggests that I Love Dick is “masquerading as a novel—perhaps for legal reasons,” and that Kraus’s aesthetic experiments are “a way of placing her readers on simultaneously intimate and ambiguous terrain, making their footing unstable.”

In a 2011 profile in the New Zealand Herald, Kraus talked about returning to New York City in the late 70s and early 80s as a New Zealander: “There was a kind of fandom you had in a small isolated country where culture becomes such a lifeline to the outside world, so it was thrilling to go to New York and actually go to talks, go to performance and meet these people who had been so legendary,” said Kraus, who at the start of her career worked as an assistant for artist Louise Bourgeois. “Then you discover these legendary performers sometimes have only 20 people in the room.” In that article, Kraus reflected on the early controversy surrounding her semi-autobiographical novel. “I misjudged how conservative the art world really is.”