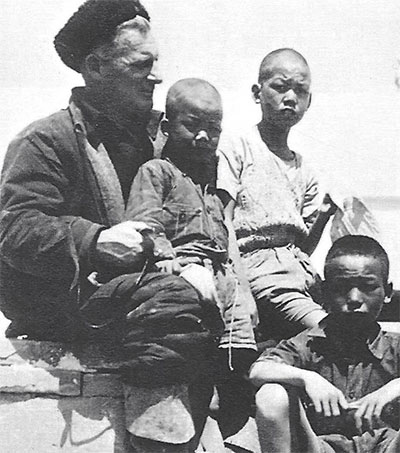 Chinese Premier Li Keqiang’s just-concluded visit to New Zealand has charted the future of the two countries’ “special” relations, with the spirit of New Zealander Rewi Alley their guide towards an even stronger friendship, Xinhua says.

While much of the news coverage was focused on the burgeoning economic and trade links between China and New Zealand, Alley serves as a reminder that the ties run much deeper.

Honouring the memory of the Cantabrian who helped to pioneer China’s industrial cooperative movement during the war against the Japanese was high on Li’s agenda during his four-day visit to New Zealand.

Alley is remembered in China for his efforts in building China’s industrial base in wartime, and for educating hundreds of young Chinese students before and after the founding of the New China in 1949.

“I remember when [Chinese President] Xi Jinping came to New Zealand in 2014, he spent several minutes remembering the contribution that Rewi Alley made to the relationship and that continues today,” president of the New Zealand China Friendship Society Dave Bromwich said.

The society, formed by Alley’s followers in 1952 to maintain links with China, helped to organise some of the commemorative events during Li’s visit, including an exhibition of photos of Alley’s life in China.

Alley, born in 1897 in the small town of Springfield, was a great internationalist fighter and a famous socialist.

While he always loved his home New Zealand, Alley described China as family.

“[China] is a great case study of humanity; one of the biggest examples of humanity’s struggle,” he reportedly told a fellow New Zealander. “If you can’t feel for these people, you can’t feel anything for the world.”