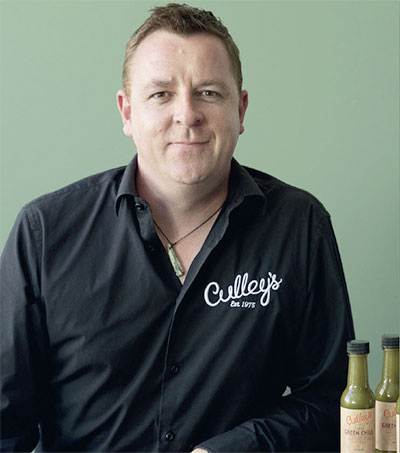 New Zealand chef-turned-entrepreneur Chris Cullen seems to have hot sauce running in his veins, judging from the passionate way he speaks about one of America’s hottest food trends, the New York Times reports.

“I had a love of food and all things hot and spicy ever since I can remember,” says Cullen, one of 50 or so vendors offering their interpretations of the spicy condiment at the recent New York City Hot Sauce Expo in Brooklyn.

“Culley,” as he is best known, is not alone his devotion to the hot stuff. The expo is drew thousands of “chilli heads” paying between US$10 and US$100 each (for “super VIP” tickets) to sample a breathtaking array of a condiment that has gone from cult status to mainstream in recent years.

“There’s really a strong sense for us that there is a market up in the States,” said Cullen, who has concocted a limited-edition kiwi-based hot sauce, known as Thunder from Down Under, to set himself apart from the pack. “And there doesn’t seem to be an end to it.”

The US hot sauce market has grown to US$607 million from US$228 million in 2000, according to market research firm Euromonitor International. Revenues from hot sauce sales could swell to US$1.3 billion by 2019, according to researcher IBISWorld.