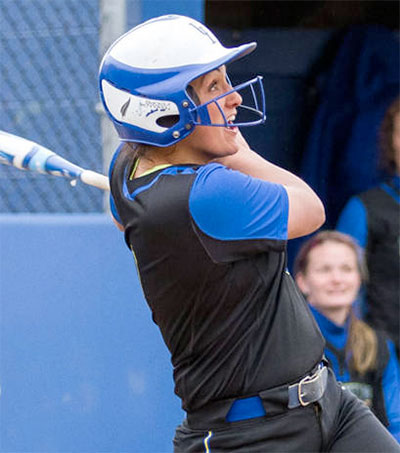 Twenty-four year old Wellingtonian Lara Andrews is battling for one of the corner infield spots on the Pennsylvania Rebellion National Pro Softball team, and hopes to be the starter when the season begins 30 May with a game against Florida team USSSA Pride in Salisbury, Maryland.

Andrews, who plays for New Zealand’s national team, spent three years at the University of Delaware working for her degree in Human Services and Family Studies and playing softball. Andrews was Most Valuable Player each season and led the university’s team Blue Hens in just about every hitting category.

Blue Hens head coach Jaime Wohlbach is an assistant to Rebellion manager Rick Bertagnolli and helped Andrews get the tryout.

Following the two-hour trial, manager Bertagnolli walked up to her and said, “You’re golden.”

“It occurred to me that I had just done something no other Kiwi had done before,” Andrews said. “I’m playing in the National Pro Softball league.”

“The athleticism is there, the coachability is there, and I believe she can pick up this level of play,” Bertagnolli said. “There is upside to her glove and bat. She can play either corner and she will have an opportunity to see the ballfield.”

Photo courtesy of University of Delaware.