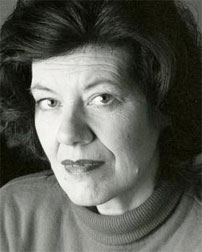 Academic and literary biographer Joanne Drayton who spent many of her formative years in Christchurch in the shadow of the infamous Parker/Hulme 1954 murder case, recounts the story in The Search for Anne Perry. Bestselling UK crime writer Anne Perry, 73, (featured) was revealed not quite a decade ago to be one and the same as Juliet Hulme. “I hope you’re sitting down, because there’s something we didn’t know about Anne,” Meg Davis, Perry’s Canadian-born literary agent, told her boss that day. “I felt compelled in a way to challenge the way that she was perceived,” Auckland-based Drayton said of her book. “It just seemed to me you can’t leave someone in a prison of association forever.” By the time Perry’s identity was revealed in 1994, she was publishing her 19th book. Her present tally tops 60 and she has sold more than 26 million books. Perry and Drayton will appear at WordFest in Calgary and Banff, which runs from 9-14 October and at the Vancouver Writers Fest (16-21 October).