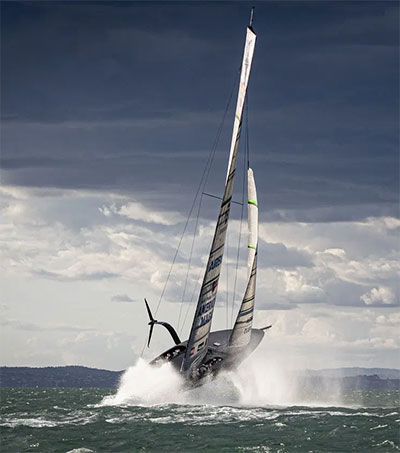 Can You Have an America’s Cup Without Americans?

“After a few weeks of intense sailing competition for the qualifying Prada Cup, the Italian boat Luna Rossa, left the American boat Patriot and the British entry Britannia 11 in her wake. The America’s Cup (AC) is thus between the Italians and Emirates’ New Zealand team,” Jonathan Russo reports for global media platform, Worth.

“This is the fourth time in the entire 170 years of AC competition that the Americans did not make it to the finals.

“What happened?” Russo asks. “There will be as many post-mortem searches for answers as there are crew on the boats.

“No one has seen Te Rehutai on the water, as the defender does not have to qualify. How fast she is and how well-sailed is the guessing game to be played out in Auckland’s harbour,” Russo writes.

“Going forward, four years from now at the 37th AC, [yacht-racing journalist and commentator Tucker] Thompson gets the last word: ‘For sure the Americans will mount another serious challenge and do everything to once again bring back the Cup from whence it came.’”