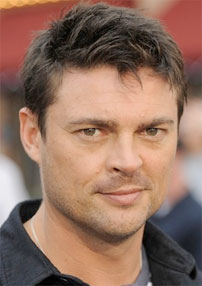 Call It an Evocative Scowl

Joe Dredd, played by New Zealand actor Karl Urban, 40, “is meant to be the most fearsome judge – but we don’t get to see many more of his kind around,” USA Today’s Claudia Puig writes in a review of Dredd. “In fact, we don’t get to see much of him. Thanks to an elaborate helmet, only his mouth and a small part of his nose are visible. Like Tom Hardy’s Bane in The Dark Knight Rises, it’s debatable if his role can actually be considered a full performance – given that the majority of his face is obscured and his voice garbled to a gruff whispery baritone. Call it an evocative scowl.” Variety’s Geoff Berkshire writes that Dredd remains “a stoic and mysterious figure throughout.” “[Urban] does a fine job embodying the more mythic qualities of Dredd as an upright law enforcer no lowlife would want to confront,” Berkshire says.